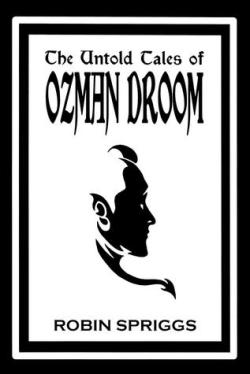 Metafiction or monograph, biography or balderdash, demonic revelation or divine obfuscation, The Untold Tales of Ozman Droom is at times deeply disturbing, at others weirdly sublime, yet ever enigmatic and profoundly haunting throughout-an ouroboric shadow play of strange wonder, mad prophecy, and inescapable dread.

It’s not often I am asked to review a book that I actually end up liking, yet throughout Spriggs’s latest anthology, The Untold Tales of Ozman Droom

, I became entranced by the way that each sentence is carefully crafted to carry the reader along these incredibly dark journeys that have been laid bare for all to attempt to understand. Each passage in this book is capable of standing alone as a piece of solitary fiction, yet when confined between covers and anthologized as it is, The Untold Tales of Ozman Droom becomes an eldritch tome of prose and sinister plots that none can easily forget. Like horrible things you can’t unsee, these tales are fashioned to implant themselves in your mind until insanity takes hold and you lose yourself in a world, eternally searching for a man with the last name of Droom.

The only refuge from such a fate can be salvaged from the first passage in the book in which the author describes that the stories that lay ahead are told to be absolutely true, but can at times smell of absolute bull-shit. As it should. 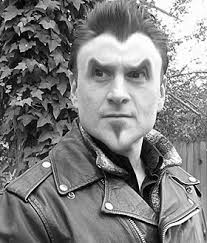 Spriggs? or Ozman Droom himself?

All fun aside, because it’s all there is to be had while reading this book, you are meant as a reader to buy into this world that has been created by Spriggs. By not doing so, one would simply jeer at these tales as things of nonsense and loose the rhythm that is so elegantly constructed to impact the reader from story to story. And although I do find the annotations to be a little distracting, they are fun tidbits to read after finishing each tale while taking on the entertaining task of deciphering truth from fiction. I often found myself needing to reread each story, not out of misunderstanding, but because each ending left me with many questions. Yet after a second reading, and possibly answering said questions, I would be cursed with more perplexity than the first go around. But that is a great tool in weird fiction, to deliver more questions than answers. It is what engages the reader’s imagination and hooks them into the story while they hope that something will be explained.

Usually with an anthology the reader isn’t obligated, or at least shouldn’t feel so, to read the book cover to cover. It is the beauty and curse of the anthology. The reader has freedom to pick it up and put it down, story by story instead of chapter to chapter until it’s done and over. However, in this case, the reader would be missing out on the bigger picture that is painted when most of these pages are read in succession. This is apparent when understanding the themes and motifs amid the book. For instance, it would seem that Mr. Spriggs has a fetish for the number 9. This begins with one of the first stories, The Sigil, in which the character (either created by Droom, or Droom himself) is in attempt to summon a nonagonal sigil, nonagonal being a nine sided shape. There’s the story of The House of Nine, and mentions of nine rooms, and a pantheon of nine in other tales as well.

I also found myself wondering if there was a sentimental value behind the authors use or fascination with the letter I and the word “eye.” Like the ongoing theme of nine, in many stories the reader will notice close attention characters eyes, or the significance to the letter I. I was lost on this motif at times, but enjoyed the incorporation of it in a few of the stories.

I had fun reading this book. Whereas usually these types of review are more work than leisure, I rather enjoyed having to pick this one up and digesting all the little goodies that lay within. The only momentary dislike I felt was in the use or reuse of some of these stories from his previous work, including Diary of a Gentleman Diabolist

. I first became aware of Robin Spriggs, while reading issue#22 of the Lovecraft eZine. The prose poem, The Dance, had something in it that I had forgotten existed until reading The Untold Tales of Ozman Droom

. I am hoping that the next publication from Robin Spriggs has some fresh material that will further enlighten and grow the hordes of acolytes he has surely developed through his craft.

, or Robin Sprigg’s stuff, have also checked out:

If you have checked out The Untold Tales of Ozman Droom